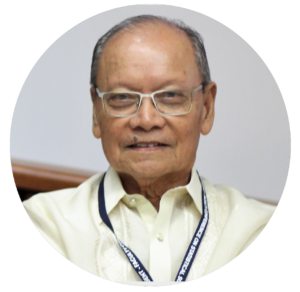 “The credit belongs to the man who is actually in the arena, who strives valiantly, who knows the great enthusiasms, the great devotions and spends himself in worthy causes; who at best knows the triumph of high achievement, and who at worst, if he fails, fails while daring greatly so that his place shall never be with those cold and timid souls who know neither victory or defeat.”

Early in life, Dr. David strived and excelled in the academe. He got his bachelor’s degree in Agriculture major in Statistics, cum laude from the University of the Philippines at Los Baños (UPLB). As a Ford Foundation scholar at the International Rice Research Institute, Dr. David collaborated in field research and surveys while pursuing a master’s degree in statistics at UPLB, which he finished in 1966.  He finished his Ph. D. in Statistics from the Iowa State University of Science and Technology in 1971 through a scholarship from the Rockefeller Foundation.  His dissertation which he wrote under Dr. B. V. Sukhatme’s supervision resulted to two scholarly papers that were published in the Journal of American Statistical Association.

When Dr. David returned to UPLB in 1971, the undergraduate curriculum in statistics was in the early stages of development.  Dr. David vigorously pursued the offering of this course and the institutionalization of the then Department of Statistics and Statistics Laboratory through his active participation in academic committees on curriculum and computerization.  He promoted the statistics profession by teaching statistics graduate courses, advising graduate students and participating in research committees of several graduate students in other disciplines such as the biological and natural sciences, sociology and economics. In 1972, he started a training workshop on design and analysis of experiments and surveys that he, with some UPLB faculty, conducted in other state universities and colleges every summer and semestral break.  This training workshop was replicated every summer in the next 20 years enabling many researchers and aspiring statisticians to acquire skills in survey and experimental designs that they need in their own professions. 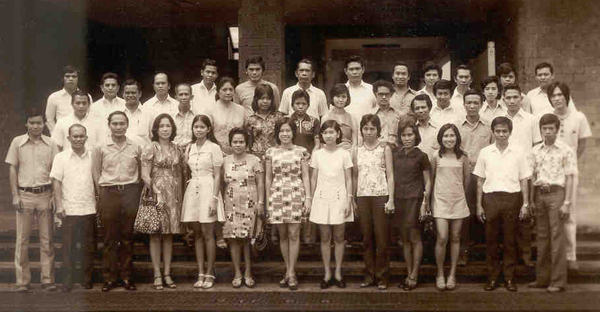 The Faculty of the Department of Statistics and Statistics Laboratory 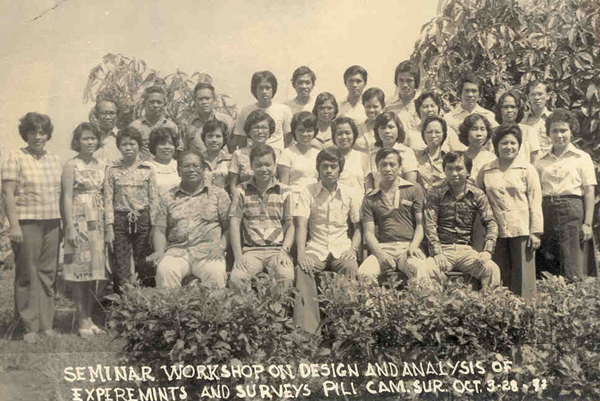 Training workshop on Design and Analysis of Experiments and Surveys

Dr. David’s contribution to the statistical system was not limited to the confines UPLB.  He also served as consultant to the National Statistics Office (NSO) in training their newly-hired technical staff and in processing and analyzing the 1970 census of population and housing and the 1971 census of agriculture.  He assisted NSO in conducting post-enumeration surveys to evaluate these two censuses.   The Ford Foundation also contracted Dr. David to assess the statistical education and computer needs of key schools in Indonesia and Statistics Indonesia.  Through a grant from the Philippine government, Dr. David wrote a review of the educational system of China in 1976.  He also worked with the Development Academy of the Philippines in developing statistical and computer-oriented applications.

To keep abreast with new developments in statistics, Dr. David spent his sabbatical leave at the Ohio State University in 1978-79 where he taught graduate level courses and conducted research on survey sampling. By the time he left UPLB in 1980, Dr. David’s considerable contribution in the academe and the statistical system as a whole had been firmly established through the BS and MS Statistics curriculum that he had developed, the Department of Statistics and Statistics Laboratory that he started (the Institute of Statistics) at UPLB, the many graduate students whom he had mentored and the worthy projects that he had undertaken.

At the Asian Development Bank (ADB), Dr. David rapidly rose from the ranks to become the manager of ADB’s statistics division, a position he held until his early retirement in 2000.  Besides providing data and statistical technical advice to ADB staff, management and board, Dr. David also formulated and implemented statistical development technical assistance projects for ADB developing member countries and conducted applied statistical research relevant to ADB and member country needs. As manager, he supervised the implementation of these activities and the development and maintenance of an automated central statistical database system (SDBS) for ADB and external users and the preparations for ADB’s flagship annual statistical publication — Key Indicators  of Developing Asian and Pacific Countries. In the second half of the1990s, there were 12 to 15 ongoing statistical capacity building projects with a total of $6 million annually.

In January to July 1996, ADB seconded Dr. David on intermittent basis to the National Economic and Development Authority (NEDA) to serve as consultant to the Special Committee to Review the Philippine Statistical System, the recommendations of which led to the better structured Philippine statistical system.  Without additional pay, Dr. David also spearheaded the design of the 1991 Census of Agriculture.  Given the very inadequate resources that were allocated for this census, Dr. David formulated a sample census rather than a complete enumeration that still enabled NSO to generate estimates of production areas at the municipality level and for the Bureau of Agricultural Statistics to use the sample census as a sampling frame for its rice and corn production surveys. When published internationally, this method which contained some novel ideas, was acclaimed by statisticians in other developing countries as an innovative approach in conducting a census with very limited budget.

What is he made of? Dr. David’s mind is honed at home by the constant lively debate at the dinner table with his wife, Cristina – an economist and the more popular Dr. David and two equally smart daughters, Clarissa and Monica.  All his staff at ADB would always look forward to an invitation to one of his homes because they are certain to be entertained by a menu of excellent food and current topics in statistics and economics.  But surely, it is not only the promise of sumptuous food and lively debate that would oblige us, his students and staff, to always set aside whatever we are doing when he calls for a meeting or to listen intently whenever he lectures us.  It is perhaps because we know that if we ask for his help, we would never be left wanting.  I called him during one of my darkest hours when my daughter was very sick with dengue.  He advised me to focus my energy only on things that I can control and to leave everything else to God.  With those simple but wise words, I realized that because I was in a state of panic that I was not giving my full attention to my daughter who needed my care and support.

Dr. David opted for an early retirement from ADB because he wanted to smell the roses, he wanted to devote more time for the things he considers more important.  True enough, after retirement he quickly learned how to play golf. Since then he has become a familiar figure in the fairways with some of his cohorts in the statistics community.  And just recently, he went fishing for salmon and halibut in Alaska.  Still Dr. David continues to tackle very challenging issues that some of us would not even dare dabble.   As Chair of NSCB’s Technical Committee on Survey Design, he convinced the NSO management to complete the technical documentation of the previous master sample design, spearheaded the review of the design to identify its pitfalls and convinced NSO to shift to the current master sample design.  He did not yield to users’ pressure to retain the provinces as domains of the master sample.  Instead, he patiently educated all those who cared to listen that if the provinces were retained as domains and a respectable level of sampling error is maintained, the amount of resources needed to undertake household surveys would quadruple.  Moreover, the number of households to be surveyed would require more trained enumerators and supervisors than what are available in the field.  Rather than succumbing to the insistent demands of users for more finely disaggregated data, it is the role of statisticians to properly inform them of the limitations and interpretation of estimates derived from surveys.

He has also become the conscience of the statistical system.  He asks the most astute questions relevant to our statistical system like: “Why is our method for measuring poverty  different from those of other countries?” “How can you gauge whether a survey rendered reasonable estimates or not when the sampling errors are not even computed?” “How can one evaluate the quality of a survey and improve the next when the basis for this process — the sampling errors — is not even computed?”  Why do we need to conduct the Annual Poverty Indicator Survey (APIS) in between the Family Income and Expenditure Survey (FIES) when the observed change in indicators is usually small compared to the sampling error of the difference (change)?  Why was there a shift from a probability to a non-probability design in the establishment survey that NSO conducts quarterly?

What sets him apart from the rest of us is his vigor and passion to systematically pursue the truth.  As an alumnus of Pampanga Agriculture College (PAC) from which he finished his high school, he spearheaded a group of concerned alumni and members of the community to investigate anomalies in the graduate school.  Instead of relying only on second-hand information, Dr. David painstakingly read master’s theses, compared them and performed statistical tests to determine the truth behind the allegation that PAC has become a diploma mill.  He presented the substantial evidence that he had gathered and analyzed to the appropriate institution that could rectify the errors and eventually upgrade the credibility of PAC.

This courage to face all odds was put to the toughest test when Dr. David was stricken with cancer in 1986. Unlike many in similar situation, Dr. David did not lose hope.  He studied all the materials that he could find about his ailment so that he could participate in the search for a better approach to his treatment.  Through the years that he was battling cancer, he has acquired vast knowledge on how to manage the disease that he could now be mistaken for a specialist in this field.  And because he would always share this knowledge and personal experience, he has become a resource person on cancer for many in need. His courage has also become an inspiration for them to continue living fruitful lives.

Some of Dr. David’s Research/Publications